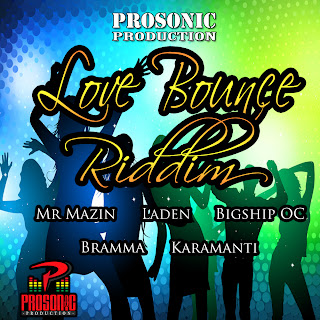 Jonathan Riley, owner and CEO of Prosonic Productions, a Jamaica based record label, has officially released his rhythm driven project entitled “Love Bounce Riddim”. The album features Big Ship recording artists Bramma, Laden and OC, as well as MJE’s Karamanti and Prosonic’s own, Mr. Mazin. The project, though just released, is already getting amazing reviews from music critics around the world. Many are saying this is the most solid rhythm to be released in the last quarter of 2012.

Persons may listen to a mix of all songs on the “Love Bounce Riddim” here: http://www.youtube.com/watch?v=pdotQHfleHs

Look out for Prosonic Productions next project, “Necessity Riddim”, featuring Mikey General, Turbulence, Karamanti, Asante Amen, Khali Taylor, Mr. Mazin and others. Necessity Riddim is slated for release at the end of January 2013.