Should Vybz Kartel be credited for discovering the next yellow man? 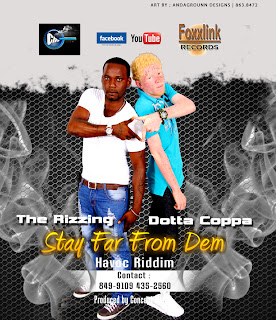 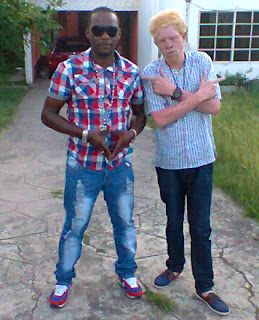 Google the name Dotta Coppa and you will see a young man with a striking resemblance of King Yellow Man singing some very harsh lyrics similar to those of Vybz Kartel.

Dotta Coppa, a 23 years old, St. Mary native, relocated to Kingston when he was a child. Though he always had the ability to create and perform music he did not start taking it serious until he left high school. While residing in the Big Yard community he developed a reputation as the most lyrical lyricist in the region. Word got to Vybz Kartel who was spending a lot of time in the area and it was so that the two met. Having an eye for talent, Kartel immediately connected Coppa with Foxxlink Productions as he (Kartel) had already signed a number of artists and was not able to take on anyone new.

Unfortunately nothing much materialized with Foxxlink. A few songs were released and Dotta Coppa developed a small international following but ultimately he was left on his own again. It was then that he met and began working with the 2006 former Tastee runner up, The Rizzing. Very similar to Dotta Coppa, The Rizzing did not get the support he was hoping for after competing in the 2006 Tastee Talent Contest. He took a break for a few years but after some solid advice from recording artist Kip Rich (a close friend of his), he has decided to re-enter the game, with more determination.

The two friends now work closely and support each other as they have learnt that in order to succeed in this industry you need a strong team. Though they have individual singles, they have done a few collaborations which they are releasing now in time for 2013.

Persons wanting dubs from Dotta Coppa or The Rizzing should email mariajacksonent@gmail.com