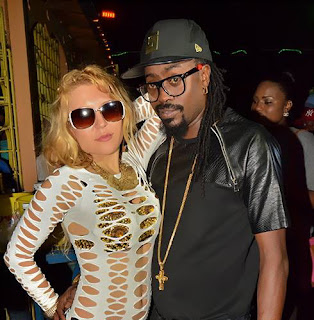 As Orisha Sound (aka Boss Lady) continues to compile tracks for her upcoming, Reggae/Dancehall album, she called on the king of the dancehall, Beenie Man, to collaborate with her on a record. The two worked on a very powerful song entitled “world war three” which was produced by Shel K of Springwata Productions.

The song was remixed twice, one mix aimed at the North American market, was done by Josh Stevens who has done work for established acts such as Sean Kingston, Robin Thick and Kanye West. And the European mix was done by Ryan Otter who is known for his works with Skrillex and David Guetta.

Realizing the potential of the track, Orisha Sound wasted no time in shooting the music video which was shot in both Kingston and Los Angeles. Video directors are Shel-K, Marvin Williams, Winston Price and Ariff Butler. All editing were done by Showtime.

DJs wanting this and other tracks by Orisha Sound should email Maria Jackson Entertainment at mariajacksonent@gmail.com. The I-tunes link to purchase Orisha Sound’s current album CUPID is https://itunes.apple.com/us/album/cupid/id663499506

Orisha Sound would like to publicly extend her condolences to the family and friends of Jamaican producer Patrick “Roach” Samuels who recently passed away. She was just about to work on a song with him and is very sadden by the news. Orisha Sound sends her prayers to everyone who has been impacted by his death and hopes that they all find the strength to get through this terrible ordeal.