Karamanti Launches Her Own Radio Station 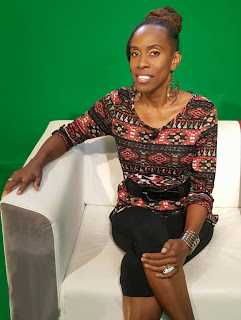 Karamanti now has a digital radio station that streams all her songs, some of her interviews, commercials and general updates, 24 hours a day, 7 days a week.

Recently, Karamanti announced that she will be voicing free dubplates for DJs, sound systems and radio programs that have been supporting her music over the years. Since the announcement, she has been bombarded with questions from several selectors wanting information about specific songs. Hence, she compiled as much of her audio content that she was able to find on one platform, a digital radio station.

Karamanti Radio is now live, and can be streamed by anyone, anywhere in the world, at any time. This is the ideal station for fans and supporters, as Karamanti has recorded literally hundreds of songs in her short career. As the CEO/owner of Blakkwuman22 Music, a record label that often collaborates with other artists, Karamanti Radio will also feature songs produced by her label. Every week additional audio will be added to the station’s playlist and from time to time Karamanti will go live on air.