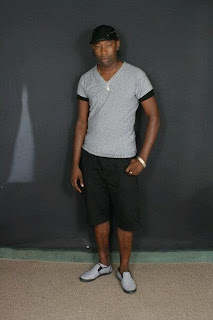 St. Thomas native, Muta King who recently released his debut album, Life Over Death, has gained the attention of some very notable media personalities here in Jamaica. Immediately after the release of the album, his PR was contacted by GT Taylor and others who expressed interest in the project.

Life Over Death was released on all digital outlets approximately five months ago. The lead single from the album was “Pressure Buss Pipe” which was accompanied by an official video; http://www.youtube.com/watch?v=lSeSRLLqDsE

Muta King is now notifying the public of the follow up single “Leader” which was mixed and mastered by producer extraordinaire, Red Boom. The single can be downloaded absolutely free by everyone: http://www.hulkshare.com/4kop8il1xz40

MJE is now taking interview requests for Muta King. Interested media houses should send an email to mariajacksonent@gmail.com indicating date and time they would like to conduct the interview. Persons may listen to Muta King’s entire album before buying here: http://www.mjent.net/mutaking.html


DJs can get the entire album for free, simply reply to this email with the necessary info.