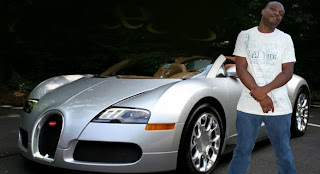 New York rapper, now living in Jamaica, Deadly, has released the official music video for his single “bad man law” which is on the Improvise Rhythm. The video was shot in Deadly’s hometown of Manchester (Jamaica) and it was directed by C.R.A.S.H Media. The video shows Deadly roughing it out in the country while still hanging with his people and having a good time. Persons may watch the video here: http://www.youtube.com/watch?v=h_5BGplGb68