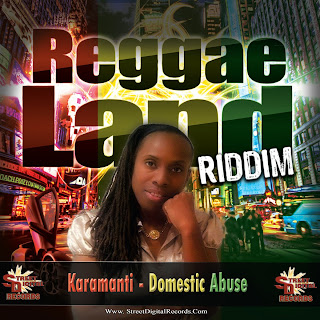 Some entertainers have released projects in time for Domestic Violence Awareness Month hoping to bring light to a very sensitive subject. One such entertainer is Karamanti who just released a track entitled “domestic abuse” in which she questions why women remain in such relationships. The song was produced by Keron Williams of Street Digital Records (Ontario) and is available for download at the links below.

Persons who have heard the song is comparing it to Queen Ifrica’s controversial single, “daddy”. One DJ sent an email directly to Karamanti after playing the song for the first time on his radio show, the email read;

"Played this track on I radio show yesterday, the accapella and the mix version and the phone line went madddd. The amount of Man, yes Man, that call in for the song to pull up, at least 5 rewind it get. I personally believe this song is going to be a hit.. Real big tune . Keep on making good muzik."


Email us for info mariajacksonent@gmail.com