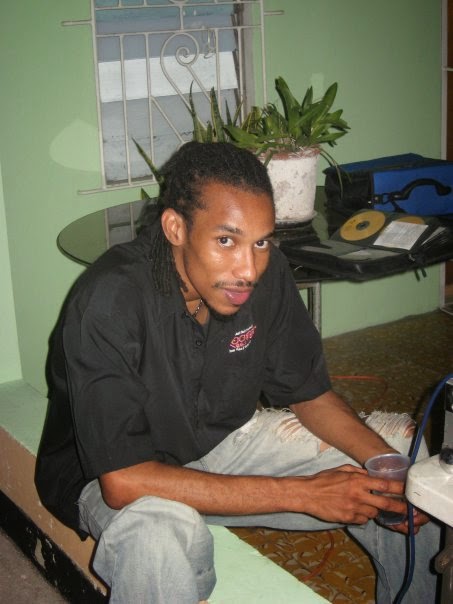 One of the most consistent public debates happening in Jamaica in recent months is the moral decline of the nation’s youth and the role the music plays in it. Many are blaming this fall on the music while some are saying it is the persons in the media who are responsible for what the masses hear. One radio DJ that is doing his best to present nothing but uplifting content in the way of musical selections is Disc-Jock Redeem.

The program Love Expression Friday's which is hosted by Disc Jock Redeem (The Revolutionary Love Jock) is an insightful, edu-taining & at times interactive program geared at uplifting the spirits of the masses with positive energy, through the means of his spoken word (sharing) & musical selections. The sharing done by "The Love Jock" is on matters pertaining to LOVE & health. While his musical selections are primarily that of positive music, he does put an emphasis on unfamiliar artiste or unfamiliar songs from established artiste. Love Expression Fridays is aired Fridays at 6:05pm on ROOTS 96.1 FM or online @ www.ustream.tv/channel/rootsfmjamaica

Disc Jock Redeem is presently seeking sponsorship to keep the program on air & present another program of a similar nature (The after dark program) on Thursdays at midnight to 6am Friday morning.

The after dark program will allow the "love jock" more time to present the musical works of unfamiliar artiste doing positive songs. As well as more time to reason & share on various levels of consciousness.  The program will be simulcast on a UK radio station. Persons partnering with Disc Jock Redeem will benefit from commercials & mentions in both radio programs as well as inserts in his positive juggling CD. DISC JOCK REDEEM is a rebel with a cause, a warrior on a mission to transmit positive energy to the masses.